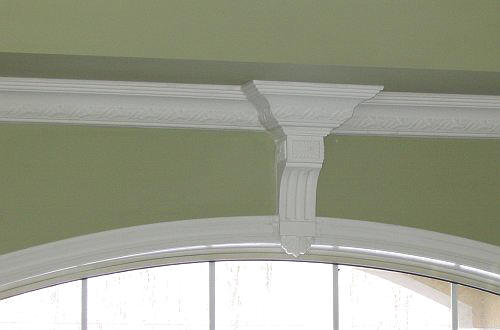 The bracket or corbel is one of the most widely used individual architectural features. As purely decorative elements, brackets comfortably bear a heavy burden of architectural ornamentation.

The use of brackets on door-surrounds has been a consistent classical standards since first introduced in early Greek temples where they were used functionally to support the projecting cornice over entranceways.

Always a popular feature for fireplaces, arches, kitchen cabinets, as a divider between two rooms, or as a keystone to be used in a purely decorative role.

Per page:
Sort by:
Price
Drop items here to shop
Product has been added to your cart
Checkout
Can't subscribe you right now. Try later
Thank you for subscribing to the newsletter! We hope you enjoy shopping at Elite Trimworks